Start a Wiki
This article is an Incomplete Article, it requires editors to improve it.

Coraline is a 2009 American stop-motion animated film directed and written for the screen by Henry Selick based on the 2002 novel of the same name by Neil Gaiman.

Produced by Laika as its first feature film, Coraline stars the voices of Dakota Fanning, Teri Hatcher, Jennifer Saunders, Dawn French, Keith David, John Hodgman, Robert Bailey Jr., and Ian McShane. The film follows a blue-haired girl named Coraline as she discovers a secret magical door that leads her to a parallel world of the real world with charming versions of her parents and everything around her. Soon after that, she became unaware of the alternate world due to having a dark and sinister secret.

Coraline was well received by critics. As of April 2012, the film has a 89% "Certified Fresh" rating at Rotten Tomatoes, and a 80 out of 100 at Metacritic, indicating "generally favorable reviews." David Edelstein said the film is "a bona fide fairy tale" that needed a "touch less entrancement and a touch more . . . story":

A. O. Scott of The New York Times called the film "exquisitely realized" with a "slower pace and a more contemplative tone than the novel. It is certainly exciting, but rather than race through ever noisier set pieces toward a hectic climax in the manner of so much animation aimed at kids, Coraline lingers in an atmosphere that is creepy, wonderfully strange and full of feeling."

According to Paul Dergarabedian, a film business analyst with Media by Numbers, for the film to succeed it needed a box office comparable to Wallace and Gromit: The Curse of the Were-Rabbit, which grossed $16 million its opening weekend and ended up making more than $192 million worldwide; prior to the film's release, Dergarabedian thought Laika "should be really pleased" if it made close to $10 million on its opening weekend.

Add a photo to this gallery 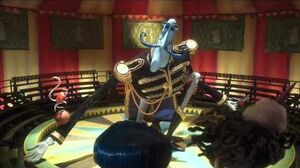 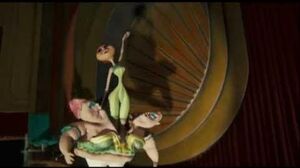